Ever have an idea that consumes all of your thoughts?  Well, that is what was going on with Sue Salvaterra Hintz twenty plus years ago.  This is where our story begins, dream to reality and the creation of Salvaterra Pottery. Listen to Sue talk about her journey on this video:

Sue always had a natural attraction to the arts.  She study dance for over twenty-five years and was raised by a woodworking father and a mother who made quilts and every other type of craft she could get her hands on.  So it really shouldn’t be any surprise that she ended up in the arts for a career.  Although disouraged from her parents to make the arts as a career, it was a nagging thought all of her life to work in the arts and own her own business.

Sue initially followed the wishes of her parents and earned an undergraduate degree in computer programming but snuck in a minor in dance.  She continued to get a masters degree in counseling and began her professional career as an adminstrator at various universities.  It was while she was working at UNC-Asheville, when she started taking pottery class at UNCA.  She fell in love with the process and so the journey began.

Salvaterra Pottery  was established in 1996, by Sue Salvaterra Hintz while working as an administrator at the University of North Carolina-Asheville.  After becoming intrigued with the pottery 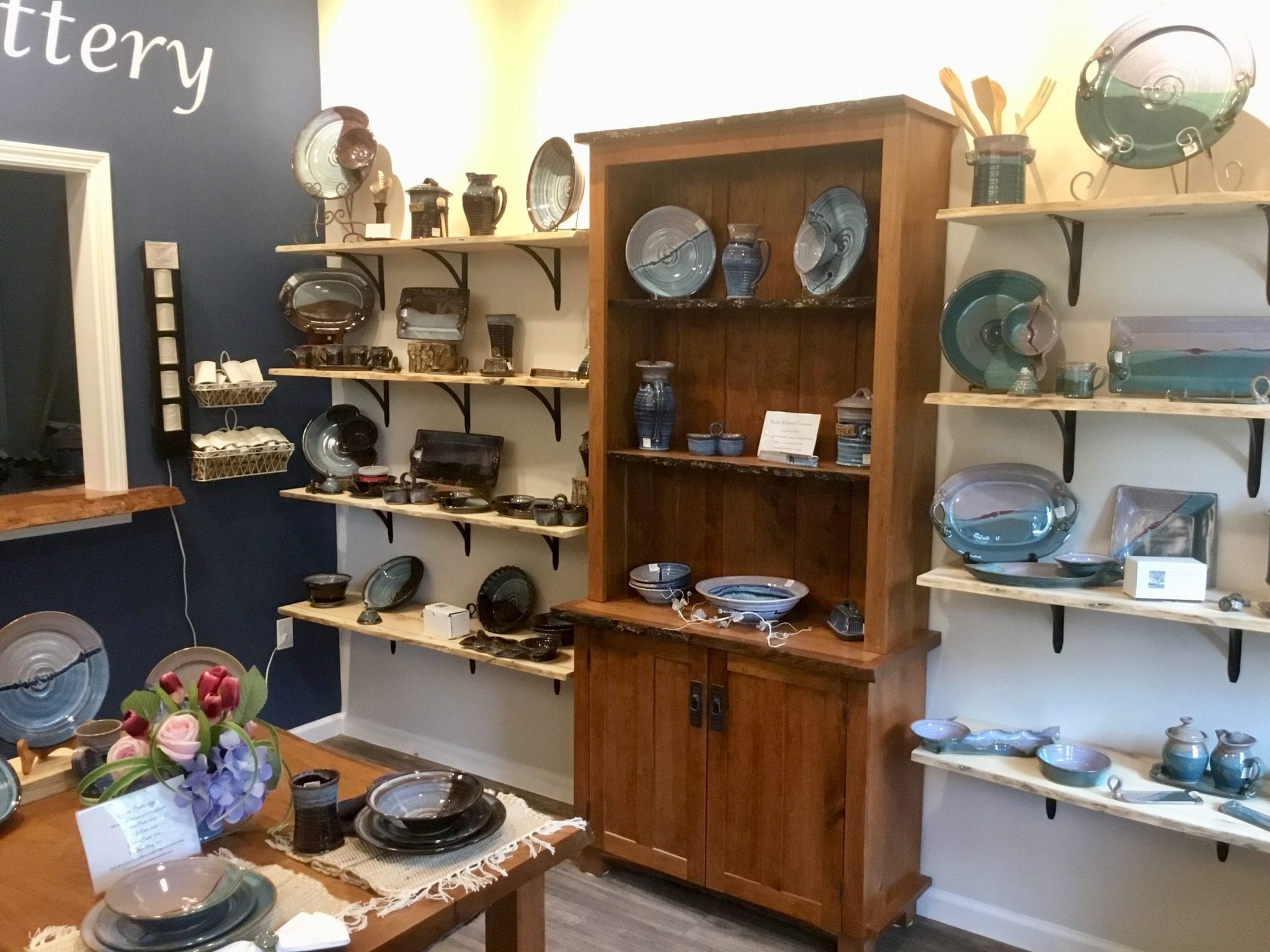 making process while studying ceramics at UNC –  Asheville, she decided she would prefer to work for herself and built a small studio in her basement.  She worked part-time as a potter and part-time at the university for a year and a half, until the business took off.  Having a small child at the time and desiring to live a more traditional lifestyle was accomplished by becoming a full-time potter.  Leaving the security of the university career was scary but not once has she regretted the decision.

Now Several years later, she finds herself thriving as a potter.  Her studio moved from an in the basement studio of 20 years 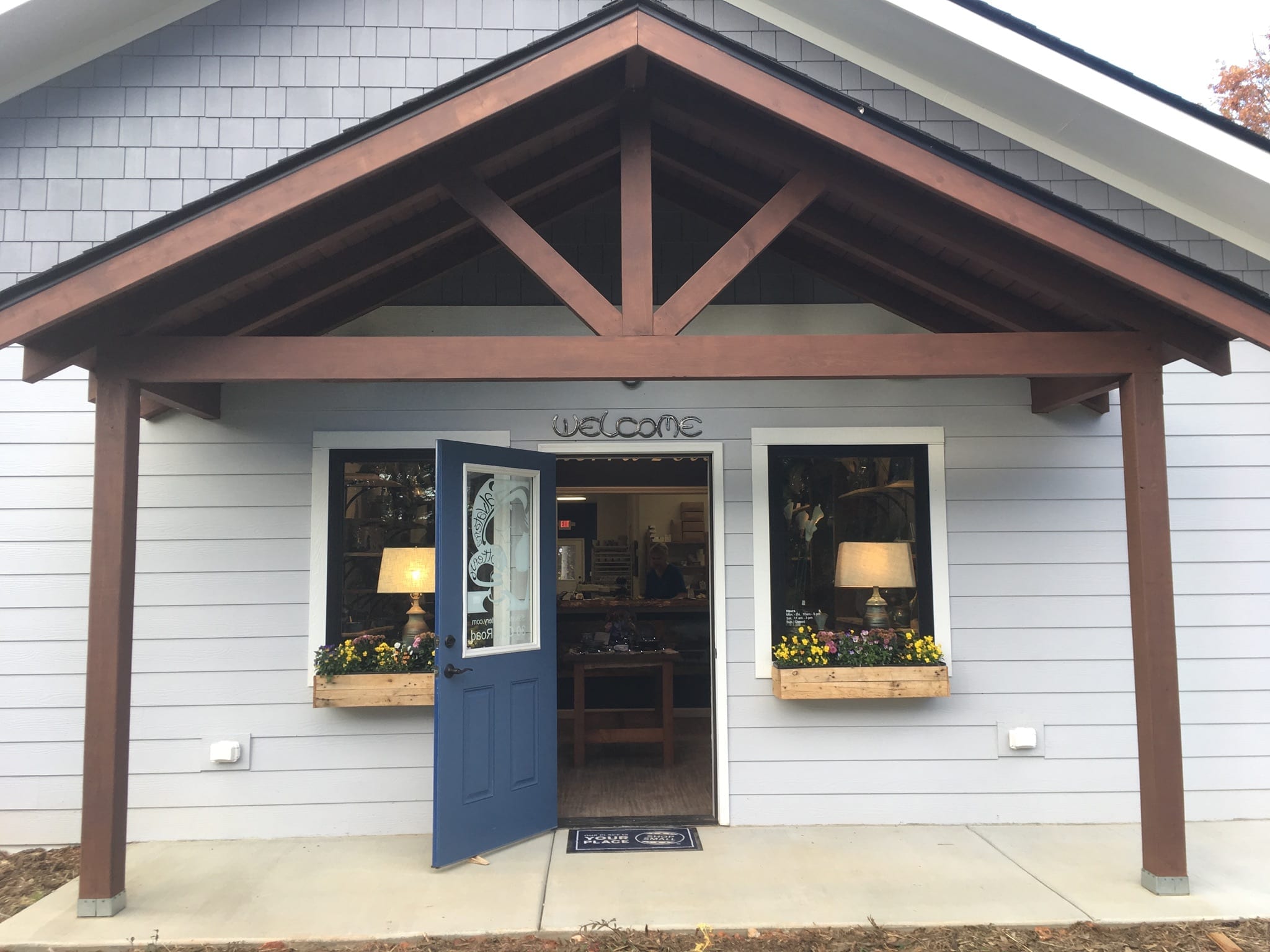 to our commercial facility in late 2017. We are located at 30 Cole Road, Weaverville, North Carolina.  Several of the galleries that sell her work have been doing so for years.  And the gallery owners have become like family.

Sue Salvaterra Hintz’s work is mostly functional pottery, such as place settings,Dinnerware, Lamps, Bowls,  and Vessel Sink.  Sue doesn’t accomplish all of this alone.  Her husband, Randy, helps on a regular basis.  He does everything from fixing the kilns, to building displays, critiquing work, and even most recently learned how to make molds.  Randy’s wood working is featured in the pottery gallery.  Pieces include counter tops, a hutch and table.   Her son Alex helps also, now mostly with technical support like social media and computer related issues. In the last couple of years, Sue has hired a few assistants to help with the demand for her work.  They have been a nice addition to the Salvaterra Pottery family.  Sue enjoys mentoring others interested in pottery production.  Lastly, the dog helps with security and kiln monitoring (sleeping under a cooling kiln).

Pottery has become a way of life. You never know when inspiration may take hold or when a kiln needs checked in the middle of the night. For Sue and her family it has been the perfect choice for them. 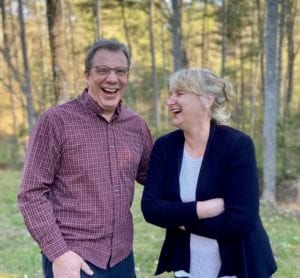